Mental disorders according to astrology 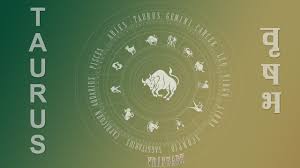 Mental disorders according to astrology

Mental disorders according to astrology:-There are many reasons for having mental illness, for information about what is the astrological basis of these

reasons, we will study those yogas of the horoscope on the basis of which mental diseases are detected. According

to Jyotishacharya in the horoscope of any person, all the parts of the body and

the diseases or disorders occurring in them are considered with different expressions. For diseases and body parts,

house and the state of mind is considered from the moon. Apart from this, Saturn, Mercury, Venus, and Sun have a special contribution in maintaining normal mental state. [ Mental disorders according to astrology ]
If we consider from the point of view of astrology, then the causative planet of the brain (subconscious mind) is

the Sun. If the Sun and the first house are afflicted in the horoscope, then the person lacks

deep thinking to some extent, or he is of a serious nature, and the causative planet of the Conscious Mind is

the Moon. Such a person is minded, he starts doing whatever comes in his mind. If it comes in mind, it starts

dancing, if it feels like it starts singing, but what is the need of that time? He didn't care about it. Doing strange things, on getting attention towards one side, he starts doing the same type of work.
All these are the characteristics of a man-oriented person, the Moon in the horoscope of such a person, and the

effect of sinful planets on the fourth and fifth house of the horoscope. Apart from this, Mercury is the giver

of knowledge, Guru is the giver of knowledge, and Saturn is the planet that gives dispassion. In the horoscope of

any person, the ninth house is of luck, the third house of power and might, the eleventh house of profit, and

the seventh house are the significant houses of marital happiness. All these planetary positions affect the mind and brain in one way or the other.[ Mental disorders according to astrology ]

Vedic astrologer in Delhi Cancer(Opens in a new browser tab)

In mental illness, Moon, Mercury, fourth house, and fifth house are assessed. Moon is the mind,

from the fifth house. In the horoscope, the sixth house deals with illness and the eighth house throws light on death and its causes. Expenditure also has to be made for the treatment of disease, it is considered from the

twelfth house of the horoscope. The planets placed in these houses and the

planets aspecting these houses cause different types of diseases to the person in his Mahadasha, Antardasha, and Transit. Based on experience, I am mentioning the diseases arising from the planets located in the horoscope. These diseases can be avoided by making predictions by studying the horoscope,

Maintenance of wardrobes to avoid hidden negativity as per Vastu - Vedicastrologerkapoor Aug 11, 2021 - Wednesday