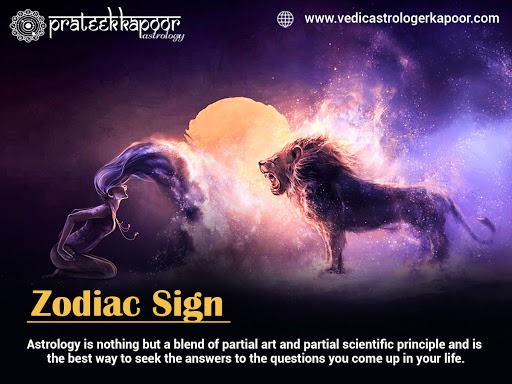 Shodash Varga in astrology: The result of the Shodash class has special significance in astrology. It is especially helpful in studying the horoscope in detail. The analysis of the horoscope is incomplete without the study of these

classes because only the horoscope gives detailed information about the body, its structure, and

health of the person, but each of the six classes is the study of a specific factor or event in the life of the person.

helps in. The analysis remains incomplete until we study the class of that aspect of the person's

life about which we want to know.

For example, if you want to know about the wealth, prosperity, etc. of the person,

then it is necessary to study the Hora class.

Similarly, for complete information about the business, the help of tenth should be taken.

What is Shodash varga in astrology?

The square is actually a subtle division of the gems and the Lagna. This is also necessary because many people are born in the same ascendant. But each one's qualities, body, wealth, might, happiness, intelligence, weight, and luck are not the same. Therefore, classes are made to know this. A zodiac is of 30 degrees, on its subtle division, a total of sixteen squares are formed.

Their names are as follows:-

Without studying any particular section to know the various aspects of the life of the native, the result may be

a mistake in the calculations. There are sixteen classes in the Shodash Varga, which give information about different aspects of the life of the person.

From the Shashtyamsa, many aspects of life's general auspicious and inauspicious results, etc., are studied closely.

There are only sixteen classes in the Shodash Varga, but in addition to these, there are four more classes

The Panchamsha gives information about the spiritual tendency of the person, the merits, and accumulated karmas of previous births.

From the sixth, the health of the person, resistance to diseases, debts, quarrels, etc. are discussed.

Ekadashansh denotes wealth gain without effort by the native. This section gives information about getting permanent wealth by way of ancestral property, shares, betting, etc.

astrologer in saket shodash sanskaras(Opens in a new browser tab)
Information about the age and longevity of the person is obtained from the Ashtamsa.

All classes are important in Shodash Varga, but in today's era, the person asks more questions about wealth,

might, disputes with siblings, diseases, children, marital life, partnership, business, parents, and the troubles in life.
Seven sections to analyze these questions

According to the principle, the square formed by dividing each zodiac sign in two equal parts of the horoscope

is called Hora. With this, the aspect related to the wealth of the person is studied.

How to read kundli online(Opens in a new browser tab)

There are only two ascendants in Hora –

Sun means Leo and Moon means Cancer. The planets either reside in Chandra Hora or Surya Hora. According to

the Brihat Parashara Horashastra, Jupiter, Sun and Mars give good results in the Hora of the Sun and Moon,

Venus and Saturn in the Hora of the Moon. Mercury is fruitful in both the Horas. If all the planets are in their

According to the principle, the class which is formed by dividing each zodiac sign in three equal parts of the

horoscope is called Dreshkan. In other words, it is the third part of the horoscope. The drackon is important for the information about happiness, mutual relations, valor from the brother and sister of the native.

Apart from this, the nature of the death of the person is also known from this. While doing results from Dreshkana,

and the position of Mercury in the third house from Mars and its strength.

If the respective planet is situated in its auspicious place in the Dreshkan Kundli, then the person will get special

benefit from brothers and sisters and his might will also increase. On the contrary,

if the concerned planets are in their inauspicious Dreshkan, then the native will not get any kind of

support from his brothers and sisters. It is also possible that the person may be the only child of his parents.

its strength should be taken care of. If the concerned planet is in its exalted or auspicious place in the seventh

class, then auspicious results are obtained, that is, the happiness of children is obtained.

On the contrary, an inauspicious and debilitating planet makes the person childless or

happiness is not achieved even after having children. A natural and immediate friendship is necessary between the owners of both the seventh ascendant and the birth ascendant.

The ninth part of the birth chart is called Navamsa. This is the most important category. This class is also considered as the complement of the horoscope. Generally, it is not fruitful without Navamsa. It shows the strength of the planets and ups and downs of life. Mainly this class represents happiness and sorrow in marriage and married life.

(1)If the planet which is in inauspicious position in the Ascendant is auspicious in the Navamsa, then it is

(2)If the planet is in the same sign in both the ascendant and the Navamsha, then it gets

then the life of the person is filled with special happiness.

His married life is happy and he leads a life enjoying all kinds of pleasures. Navamsa is also important in matching the horoscope of bride and groom. Even if the Ascendant horoscopes do not meet, but Navams are found,

then the marriage is considered good and the household life remains blissful.

Venus (Guru in the horoscope of the girl), the seventh-placed planets from Venus, and their strength.

It has been seen that in the Ascendant Kundli, a person does not get the result of Raja Yoga even though he has

Raja Yoga if the position of the planets in the Navamsha Varga is unfavorable. The person will definitely look prosperous insight, but it is hollow from inside. He is upset with the woman and his life is full of struggle.

the person. By the way, if seen in the birth chart, the tenth house belongs to the

The tenth class is helpful in getting information about the ups and downs, stability, etc.

in the business of the person.

the tenth house from

the planet Mercury are in a stable sign in the tenth class and are in conjunction with the auspicious planet,

then the person gets success in business. The lord of the tenth ascendant and the Ascendant are both of the

same element, have natural and immediate friendship with each other, then they give stability in business. On the contrary,

if the planet is situated in the tenth zodiac sign and is conjoined with the malefic planet, there is mutual

opposition between the ascendant and the tenth lord, then the business of the person becomes unstable. If the

planets are benefic and exalted in both the tenth and the ascendant horoscope,

then they give high degree of success to the person in business.

The twelfth part of the Lagna Kundali is called Dwadashansha. The information about the parents of the native is obtained from Dwadshansha. The mutual friendship between Lagnesh and Dwadshanesh indicates that the native and his parents will have good mutual relations. On the contrary, due to the position of the planet, there is animosity in mutual relations.

Apart from this, if Chaturdesh and Dashmesh are auspicious in the twelfth position, then the person will get

complete happiness of the parents, if one of the fourth house and tenth house is inauspicious and one is

inauspicious, then one of the parents of the person will get happiness.

should also be auspicious in the twelfth.

If all the conditions are auspicious, then the person will get complete happiness and cooperation from the parents, otherwise not.

The thirtieth part of the Lagna Kundli is called Trishansha. This gives information about bad events in the life of the person. Grief, trouble, accident, illness, operation, etc., all are known from this Trishansha. The auspicious position of Trinshansh and Lagnash in Trinshansh keeps the native away from evil. In the horoscope of the native,

the auspicious position of all these planets in the trinesha, the sixth house, the eighth house, and the

twelfth house keeps the auspicious person healthy and healthy and protects him from accidents. On the contrary,

in an inauspicious situation, the person has to deal with one or the other evil throughout his life.

Like these seven classes, the classes of other Vargas are analyzed. Correct analysis of these classes can be done only

if the time of birth of the person is correct, otherwise, the result will also be wrong due to the wrong class. Just like

in the birth of two twins, the earth becomes the sky within a gap of three to four minutes, similarly,

due to the wrong time of birth, the correct information about any aspect of the person cannot be obtained. The horoscopes of many people look the same, but all have different classes. The difference in the lives of twins can be understood if special attention is paid to the analysis of classes.

resulting astrology and gave us their knowledge.

[…] in Leicester:-What is Angarak Yoga in the birth chart and what are its […]

Where is Venus sitting in your horoscope? Know good and inauspicious results - Vedicastrologerkapoor Aug 11, 2021 - Wednesday