Which planet is responsible for good education 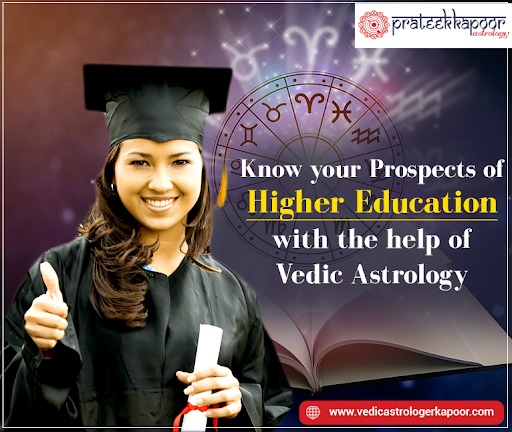 Which planet is responsible for good education

Which planet is responsible for good education:-If Bali Ashtmesh and third lord are sitting in any house, then he is

Incase the relation of Dhanesh and money house is with the fifth house and Venus, then there is a musician.

Sun is in conjunction with Mercury, it is related to Panchmesh or Dhanesh, and if it is aspected by Mars, then there

is engineering or technical knowledge.

Saturn & Mercury are mutually in the seventh house then they become an architect.

The conjunction of Saturn and Venus makes civil engineer.

Which planet is responsible for good education- 2

If Moon, Mars and Saturn is in all the three tenths or in the fourth,

then one becomes a civil engineer.

The lord of the fifth house from the Moon Ascendant and the birth ascendant, along with Mercury, Jupiter,

Venus, is a special scholar due to being in the Kendra Trikona and the eleventh place.

If both the fourth lord and the fifth lord are in the tenth house, then he is a scholar.

in the fifth house in the eleventh house, both are very successful speakers.

If there is a yoga or mutual vision of Mercury and Jupiter, it brings a lot of respect to the public and

When the fourth lord and Mercury are placed in the ascendant of Venus, having attained fame by

acquiring knowledge, if the position of the three in the Navamsa Kundali is good, then four moons appear.

When Chaturdesh is in the fourth and Lagna is in the Ascendant, success is attained through education.

Even if it is from Lanesh IV in Chaturtesh lan, one gets success through learning.

Which planet is responsible for good education- 3

If Chaturdesh is on 6th, 8th, 12th with Gaggrahas or if it is visible to them, then the study of education is

Mercury is self-occupied or in the exalted fourth house, all three are attained, education-vehicle-property.

If the lord of the fifth house Mercury is auspicious, then Mercury is exalted. Mercury is fifth. The Navamshadhipati of Panchmesh should be in the center and visible from the auspicious planet. The person born in these yogas is intelligent.

If the lord of the house in which the fifth lord is in auspicious aspect or its second and 12th benefic planets,

then it is wise.

If Jupiter is Panchamastha, it has benefic planets in its dual aspect and

Mercury is wise if it is free from defects.

If the Ascendant is of a debilitated sign or has a sinful aspect, then there is no superior intellect. If the fifth house

is Gavesh Ganayut, there is no sight of the auspicious planet, then the power of the Saran becomes weak. From

the point of view of Sun and Venus on the strong Guru and second lord, the grammarian is a scholar. If the strong guru is the second lord and does not set with the sun, then a grammarian. Mercury is in the Kendra with the second house Jupiter or Venus is self-occupied or exalted, it is a mathematician.

If Mars is in the second house with a benefic planet and is visible from Mercury or Mercury is in the center,

then it is a mathematician.

Mathematician if the Moon is in the center of Mercury or the third house is in the Kendra with Mercury. If Jupiter is in 2nd house and Mercury is in 6th house from Saturn, then it becomes fruitful. If the second lord is Sun or Mars,

then there is a vision of Guru or Venus, then he becomes a scholar.

If there is vision from Moon, Jupiter and Ascendant Saturn, if there is a guru in the ninth and

if there is any Raja Yoga, then one becomes a distinguished scholar.

Vedanti is formed due to the movement of the Guru Kendra Trikona.

If the lord center of the fifth house from Shuk is in the triangle, then it is the person who translates the songs.

Which planet is responsible for good education- 5

When Mercury and Jupiter are in their respective Navamsa, their placement in the second house forms a sweet-spoken yoga.

If Jupiter is visible from the Moon and Saturn in the ninth, he advocates abroad or if there is a conjunction of Mars

and Venus in the ninth, then the combination of Moon and Mercury makes him the best speaker in the ninth. The second lord is strong in the center of Mercury. Venus in second, auspicious planet in third.

Exalted and second lord is strong. Astrologers in these three yogas.

The astrologer makes yoga when Venus is the 5th second lord in the center of Mercury. When Sun or Mars being Dhanesh and having conjunction with Jupiter or Venus becomes a reasoner.

Panchmadhipati becomes a logician if the house is in which Mercury is in the Kendra trine with a benefic planet.

Whether the third place is strong, it is visible from Mercury or Jupiter or it is in conjunction or Mercury is in the

center from the third place, the vocal sound is very sweet in both these yogas. 33. Music is very dear if it is in the tenth house and Venus is in the exalted Navamsa.

If the ninth lord and the tenth lord are in the fourth house and if any of the Kendras are trigonal, then there is

a collector of music material.

Astrology signs planets and houses(Opens in a new browser tab)

Due to being in the center of the tenth moon with the malefic planet in the ascendant fifth, music is loved. If the Sun is in the Navamsa of Atmakaraka or the fifth Sun from Atmakaraka, then he becomes a musician.

If the Moon is visible from Venus in the Navamsa of Mercury, then one becomes a musician. Musician by the combination of sh + c or Mercury, Venus. 11th Venus gets money from music.

Due to being in the sign of the second friend of the tenth house in the second lord of the exalted tenth, there is

a mutual relationship between the second and the fourth, when the tenth Mercury and Venus are there, complete success in the examination.

Without the sight of an auspicious planet, Saturn is in the second or in the tenth, education is obtained

without obstacles. In the second house in the sixth house, if both the sins are visible in the tenth house, there is no success in learning.

If the second lord is visible from the central guru, then the guru becomes strong and sees the tenth house which is

his own, then he gets higher education and scholarship.