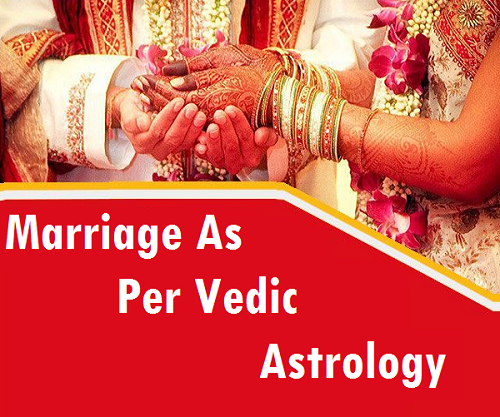 Astrology has the right discourse on romance and marriage. To seek help, you need to speak to a professionally qualified and experienced astrologer in India like Astrologer Prateek Kapoor. In the science of Astrology, it is believed that the stars and planets should all be properly placed to have meaningful romantic relationships. All disappointments, frustrations, and sadness in marriage and romance are related to planetary positions and their houses. This means that a practiced astrologer can help you when you get stuck in your romantic relationships.

Astrologer Kapoor has come to the aid of hundreds of couples who need planetary interventions to help them tie the nuptial knot or resolve issues in their romance and marriage. With meticulous care, Astrologer Kapoor studies the horoscope of the couple and offers an appropriate solution that improves their life quality, as well as that of the others around. Skilled in his art, Genuine Astrologer Kapoor will interpolate the periods and the transits to predict marriages and offer solutions in case of problems.

Marriage is also among the 16 sacraments prominent in Hindu scriptures. If he does not retire, then every person must marry. Pitrruna can be repaid only after marriage. Marriage means hence its literal meaning – to bear (especially) responsibility. Marriage is called paniagrahan. Actually, marriage ceremony is ‘Triodash Sanskar’ in Hinduism. The most commonly asked question from astrologers in current times is marriage time. The father of the girls remains worried about this. 50-60 years ago, when child marriage was the custom, then a very simple way of telling the marriage time was used by the pandits of the village-city. They would have added 8 to the seventh house of the horoscope and also told the year of marriage. Marriage is a sacred bond and a God-given gift that brings us to a friend with whom we live life to the fullest. Everyone wants to live a good and pleasant life by a good life partner. Here we will tell you with the help of astrology. What kind of marriage is there in your life, ie your love will be marriage or arranged marriage.

There has also been some research work on horoscope regarding marriage time. In the thick state of marriage (circa 18 to 28), when both Saturn and Jupiter see the seventh house and lagna or transcend into these expressions, then there must be a marriage in that period.

Prohibition marriage: Marriage and wearing a wife fast is a sign of a civilized human being. The Vedic rishis very deliberately mentioned some types of marriage out of which some types of marriage were prohibited in the society. Prajapatya marriage, Gandharva marriage, Asura marriage, demon marriage, Paishach marriage etc. It is against the country and religion to promote prohibitive marriage like ‘live in relationship’ in the name of modernity. Such marriages have been instrumental in the destruction of the clan and the downfall of the country.

In each province, Hindus formulate the customs of their marriage on the basis of locality. This was not the case in ancient times. All the Vedas used to marry unanimously. The Hindu marriage rites were distorted due to the mixing of long tradition and foreign religion and culture, due to which the marriage rites of every society, province and place also became different which is inappropriate.

Vedas are the only scripture of Hinduism. The marriage rites performed according to the Vedas are scriptural. Apart from the Vedas, there is mention of rites in the Grihyasutras. Marriage is considered to be one of the major 16 sacraments of Hindus which is a very pious act. After this rite the person enters household life. If this rite is not done properly then it will be just a compromise.

Today, marriages are becoming lust-oriented. The attraction of color, appearance and dress is being given priority in the choice of husband and wife, on the other hand, the status of the groom’s side, money, salary etc. are seen.

This trend is very unfortunate. Due to this thinking of people, married life and families are disintegrating. Love marriages and leave-in relationships have begun to flourish, whose consequences also prove to be bad. The marriage ceremony is now a compromise, bond and lawful adultery which results in divorce, murder or suicide. Otherwise, stories of the groom’s parents being evicted from their own homes have become common.

According to Hindu religion, marriage is a karma or ritual that needs to be done with a lot of thought and understanding. Far-reaching relationships need to be explored. When both sides are satisfied in all ways, then auspicious time is taken to perform this marriage. After this, special arrangements, Vedic worship, Vara Varana Tilak, Haridralep, Dwar Pooja, Mangalashtakan, handpainting, decorum, panegrahaan, Granthbandhan, vows, atonement, shilohraana, saptapadi, oath assurance etc. are completed through Vedic pandits.

Brahma Marriage: With the consent of both the parties, the marriage of a girl with a well-to-do groom is called ‘Brahma Vivah’. Generally Vedic rituals and rules are followed in this marriage. In this marriage, Kuni Milan is seen properly. Manglik dosha can become an obstacle by only 20 percent. That too when you get 5 or more marks in the eighth and twelfth house of both Ashtamesh and Dwadhesh. If Mangal is found in other matters other than Manglik then marriage is ensured. Therefore, Mangal Dosh is not a very big problem.

After confessing the decree by the groom, the girl hands over her hand to the groom and the groom hands over his hand to the girl. In this way, the two adopt each other. This action is like shaking hands. As if holding each other and supporting. Like Kanyadaan, it is not an act of grooming, yet on that occasion the spirit of the groom should be exactly the same as it is when handing the girl over. The groom should also feel that he has made his bride the center of his personality, his desire, aspiration and conduct of activities and also handed over his hand. When both of them take each other’s hand emotionally in front of the society to take each other forward, then it should be understood that the purpose of marriage is fulfilled.

Devruna, Rishirun and Pitruran on the human being – these are the three debts. The Yajna-Yagadi leads to the refinement of the Pitrurana by producing a religious and virtuous son worthy of shraadh-tarpan by marrying the Devaruna, the sages from Swadhyaya and Brahma with proper methods. Thus, the purpose of marriage is to have children in order to preserve the tradition of the service of fathers and to follow the practice of sadharma. This is the reason that in Hinduism, Brahma Vivah has been recognized as a sacred ceremony.

Age of marriage: The age of girl has been appointed legally for marriage at 18 and that of boy at 21, which is unfair. Biologically, both boys and girls become eligible at the age of 18. Law and tradition has nothing to do with Hinduism. In the local tradition, boys and girls are married in childhood and the traditions of marriage are also peculiar. But such customs have nothing to do with Hinduism.

According to Hindu philosophy, the age of marriage in the ashram system was 25 years, which relieved the problem of better health and malnutrition. Only after completing his studies in Brahmacharya Ashram could a person get married. Hinduism does not give any specific instructions regarding age difference. It does not matter if the girl is older, same or younger. If both of them have been well cultured, then both will make sense. If both do not know about Hinduism and are not sanskar, then their marriage will remain only a compromise. How long will this agreement last?

>Know the secret of Indra, Yama and Raj at home through Vastu Shastra

Vastu science has been doing human welfare since ancient times. The ancient sources of Vastu were then memorized to the residents of every village, especially the elders. Experiments were always done. Vastu has been much publicized since the 90s. Presently every person has started to use the principles of Vastu. An object of the Samrangana Sutradhara is ‘Vyavya Animal Temple’, ie there should be a place to keep animals in the Vyavya angle of the house. Presently, this place has been made a place for keeping carts etc. because animals were used earlier for the work for which vehicles are used nowadays.

According to the law of Vaas i.e. Vaastu, there is an abode of God in the North-East (Ishaan direction), so the place of worship should be constructed in the same place. Soukhyamichan Grihasthin: The established Gurusatva Nirutim. That is, the householders who want happiness should keep the south-west direction (south west corner) heavy in their houses. Many such sutras are available to us in ancient texts. There is a special thing that we used to say to the elders – Indra, Yama, Raj. These three verses give auspicious and inauspicious results in any calculated construction. The terms Indra and Raj are considered very auspicious, while the post of Yama is harmful and a death factor. Some people believe that the staircase should not end at the place of Yama i.e. 2,5,8, 11, 14, 17, 20, 23 ….. etc. according to the above calculation. But in ancient Vastu texts it is not mentioned for stairs. The clear instruction for the steps of the stairs is that the best is the number which is odd and there are two left over dividing by three i.e. 17, 23, 29 … etc. However, the number of paddies in the stairs is sufficient.

If the beams, beams, timber of a room ends as per the above calculation, then it is considered inauspicious, so in such a case a link, beam or beam is Auspiciousness can be done by doing more or less. Nowadays, the process of inserting hard, beam and beams into the houses is over. Now a single lantern is placed over the entire roof. But there is still a practice of putting beams in big showrooms, marriage houses or other large institutions. That is why the principles of Indra, Yama and Raj are used not in the stairs, but in the roofs of houses, institutions or big buildings.