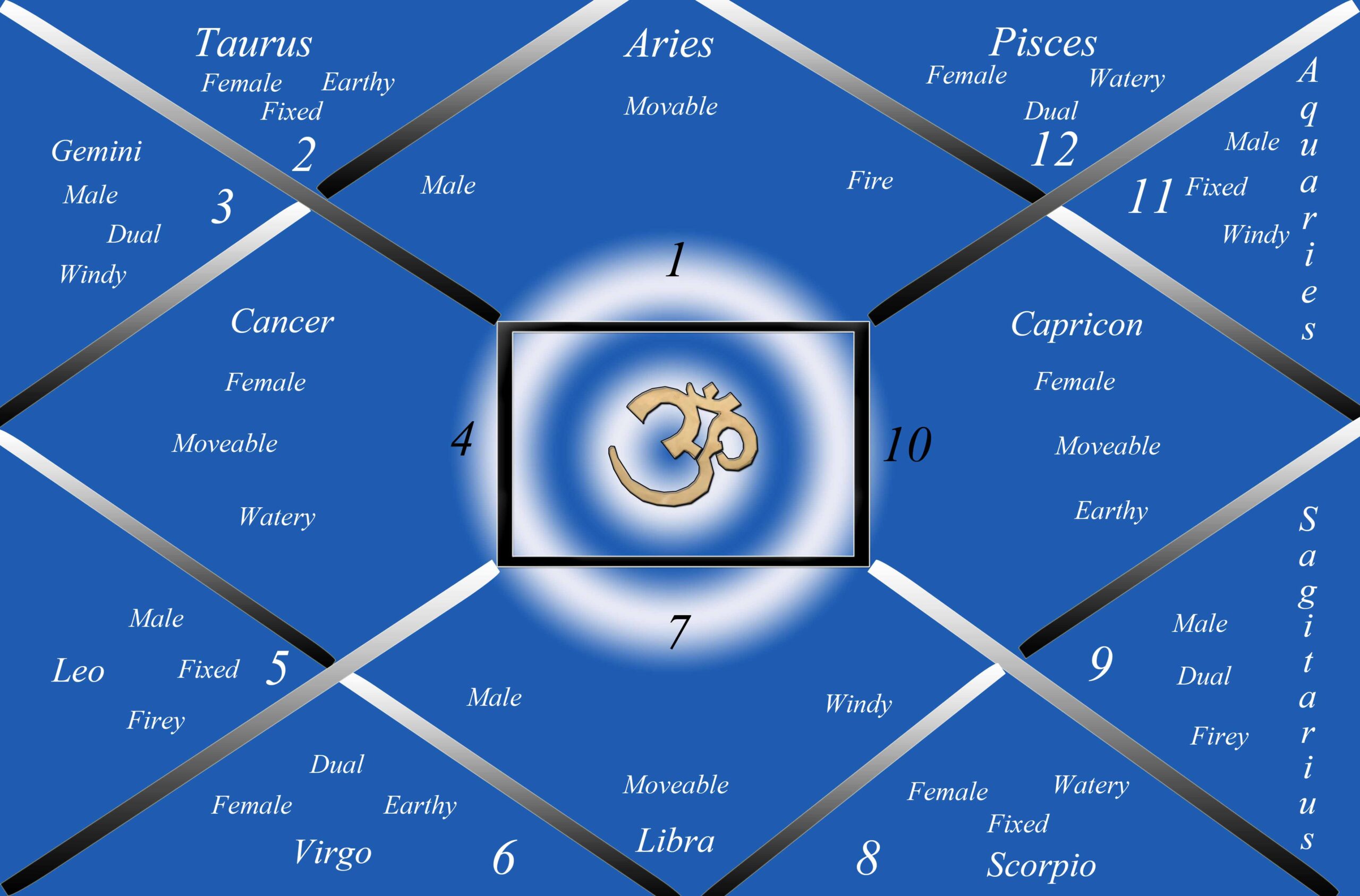 Horoscope match making - Are you married to Leo ?

Leo is the sign of the zodiac. Sun is the lord of the zodiac and the element of this zodiac is fire. The influence of both of them is definitely visible in their lives. Ketu-Mars creates charge in them mentally. Ketu-Venus inspire to decorate. They have great imagination power. Venus-Sun leads Leo people towards natural tendencies. They are infatuated with beauty and run towards sensuality.

Leo people like juicy things. They like to eat less food and travel a lot. They are very courageous. Much more powerful too. Also, there is a different sharpness on their face. If needed, they even play for their lives. Everything is done in a royal manner. It is their specialty to act like they think. The tongue is firm.

People of this zodiac keep the person they love sincerely till their death. They are completely devoted to their life partner and do not like the entry of any outsider in their personal life. If any problem arises in their love life, then they get stressed very quickly and get immersed in thought.

Boy Leo, Girl Aries by horoscope match making: The element of both of these zodiac signs is the same, due to which they will eat a good track among themselves. Atmakarak Leo zodiac sign will rule the heart of Aries woman by its nature. Sometimes conflicts can happen due to family interference. Rest their marriage relationship will be good.

Boy Leo, Girl Taurus: The Taurus woman will be of a very polite nature, due to which she will be troubled to understand the leadership personality of the Leo man. Though Taurus will try to arrange, the relationship with Leo will not go well. Marriage relations will be normal.

Boy Leo, Girl Gemini by horoscope match making: There is a similarity between the masters and elements of these two zodiac signs. The mighty nature of the Gemini woman will be liked by the Leo man. Leo likes justice and Gemini loves candor, so the synergy of the two will be good. Their marital pair will be good.

Boy Leo, Girl Cancer by horoscope match making: Emotional tyranny of Cancer woman will not be able to tolerate the man of Leo, rich in independent thoughts and will continue to get tensed. If Leo leaves his princely magnificence and becomes devoted to Cancer, then relations can go well. It will be called a normal pair.

Both the boy and the girl Leo: They will eat each other's tracks, but when there is a conflict, it can even reach separation. Therefore, keep a control on your ego. The Leo woman will also work hard to mobilize material resources. Marriage relations will be normal.

Boy Leo, Girl Virgo: In front of the honesty and good thinking of the Leo man, the girl's woman will not back down in tolerating his anger, provided she is not angry in front of everyone. The thinking of both will remain the same, due to which the vehicle of life will run smoothly. Marriage relationship will be good.

Boy Leo, Girl Libra: Both are social and practical creatures. Because of this, they will remain committed to fulfill their relationship. They can also set an example in the matter of love. A little bit the dictatorial attitude of the Libra woman will hurt the Leo man. Their pairing will prove to be unmatched in itself.

Boy Leo, Girl Scorpio: The sharp speech of a Scorpio woman will injure the Leo man in a moment. Because there is a great contradiction between these two elements. Scorpio woman will always do the work of sprinkling salt on Leo's wounds. Overall it is not good to get married among themselves.

Boy Leo, Girl Sagittarius: There is an elemental similarity in both, due to which mutual coordination will be good. The woman of Sagittarius will do every work with full dedication and the man of Leo will try to give her full cooperation. If there is not much interference from any third, then the relationship will remain sweet.

Boy Leo, girl Capricorn: Leo's man will do every work with due care and Capricorn woman will do rhetoric, due to which Leo will get angry and get tensed. The important thing is that Capricorn will not be ready to accept his mistake. Marriage relationship will not be good.

Boy Leo, Girl Aquarius: Agni reaches its fiercest form only when air helps it. In the same way, the woman of Aquarius will play an important role in the success of Leo. Just understand that without Aquarius, a lion and a Aquarius without a lion will be incomplete. The matrimonial pair will prove to be perfect.

Boy Leo, Girl Pisces: Leo is Fire element and Pisces is Water element. Water is like poison to fire. Similarly, a Pisces woman cannot be said to be auspicious for a Leo man. The Pisces woman will oppose the Leo in everything. Due to all these reasons, coordination will not be able to sit well. It is not proper to get married.

Girl Leo Man Aries Man by horoscope match making: Leo women are attractive and quick-tempered in appearance and Aries man is of a settled mind. Both have a sense of devotion towards each other, so the relationship goes well. If the women of Leo keep their attitude right, then there will never be a fight. Would be a good couple.

Girl Leo, Boy Taurus: The man of Taurus is of grassroots mentality and is connected with the public. But the Leo woman is the opposite, due to which ideological differences remain. The tracks of both of these can be eaten, provided the Taurus man has to be devoted to the Leo woman. Marriage relations will be normal.

Girl Leo boy Gemini: There is an elemental similarity between these two, so the ideological position will be strong. The Gemini man will do service but will also want service in return. Leo's woman will be able to do her work on her own. Their marriage relationship will be excellent.

Girl Leo Man Cancer: The Leo woman will be committed to fulfilling the resolution she takes. But the Cancer man keeps tyrannizing on the lion, due to which the woman of the lion remains furious. Their relationship is not cordial. Therefore, do these marriage relations among themselves only after careful consideration.

Girl Leo Boy Virgo: The Leo woman wants to rule the Virgo man, which is not possible. The Virgo man tries to sway the lion with his intelligence. Both of them try to assert authority over each other, due to which the track does not eat. Will be a normal pair.

Girl Leo Boy Libra: The Libra man is a bit of a Dictator but favors justice. Leo's woman likes Libra's words. And they try to help each other to the fullest. Their marriage will be successful.

Girl Leo Man Scorpio: There is an elemental contradiction between the two, due to which mutual coordination will not be able to sit well. The Leo woman will often pull the Scorpio man's leg. Scorpio will adopt a very compromising stand but Leo will remain state forward. Marriage relationship will be average.

Girl Leo Boy Sagittarius: Both will be of extreme ideology but still ideological differences will remain. Because the man of Sagittarius will be double character. Which will offend the Leo woman. Because of this, sometimes there will be two conflicts, the rest of the relationship will go well. Their pair will be called normal.

Girl Leo boy Aquarius: The pair of Aquarius man and Leo woman will be considered as the best pair. Mental relations will be good, but in physical relations, the Capricorn man can show cruelty, which the woman will not like. There will be frequent fights on this topic. Apart from this, the relationship will be good.

Girl Leo Man Pisces by horoscope match making: If the Pisces man is devoted to the Leo woman, then the relationship will go well, otherwise the relationship will continue to sour. They will always have the figure of thirty-six in their thoughts. Before getting married, they should inspect and test each other properly.

top astrologers in faridabad on partner

[…] Kundali matching – Know how angry your wife or girlfriend is according to the zodiac signs : […]

[…] by the name of Mrigashirsha or Mrigashir. Its meaning is deer’s head. This constellation is a nakshatra connecting both the signs of Taurus and […]