Mars in 12th house in astrology 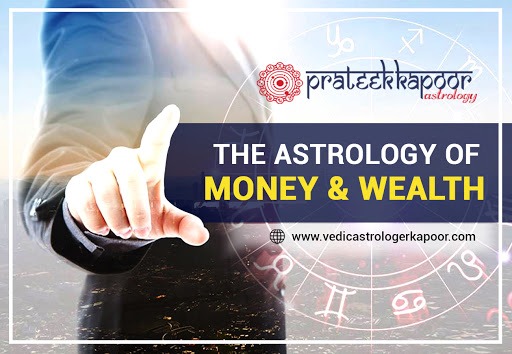 Mars in 12th house in astrology

Mars in 12th house in astrology || Effects on the world when Mars is placed in the twelfth zodiac:-If Mars is situated in Aries, then all types of grains are expensive. The rainfall is scanty and the production of cereals is also less. Rainfall is generally good in the eastern regions. In the northern regions, there is little or no rainfall in the western regions and moderate rainfall in the southern regions. Mars in Aries also creates fear and terror in the public.

Due to the placement of Mars in Taurus, normal rain occurs in all parts of the country. The price of gram, sugar, and jaggery is somewhat expensive. Humans die due to epidemics. The above position of Mars is more frightening for Bengal. The above position of Mars leads to political upheaval for Burma, China, and Japan. Due to differences, divisions, and discord among the leaders, the common man also suffers. Mars in Taurus is inauspicious for East Pakistan. With the lack of food, terrible diseases also arise.

Due to the placement of Mars in Gemini, there is good rainfall. Good conduct, peace, righteousness, justice, policy, and truth are spread in all the states and territories of the country. By increasing the practice of non-violence and truth, peace increases in the country. All types of grains remain strong. There is simple profit in the business of mineral metals like gold, silver, iron, copper, bronze, brass, etc. The crop yields very well in Punjab. Fruits and vegetables also produce good yields.

Even if there is Mars in Cancer, there is good rainfall and there is no good crop in Kashi, Kannauj, Mathura in Uttar Pradesh, good crop is produced in the remaining places.

All types of grains are expensive due to the presence of Mars in the sign of Leo. The rain was not good either. Rajasthan, Gujarat, Madhya Bharat receive moderate rainfall. The amount of rainfall in the month of Bhadrapada is very less. Ashwin month is considered best for rain and harvest. In the Mars of Leo, cruel acts are more, wars and conflicts are more. Politics changes. Ordinary people also suffer. The means of livelihood are reduced.

Effect of mars in astrology(Opens in a new browser tab)

In the Mars of Virgo, fragmentation, cheap grains, little rain, disturbance in the country, tendency in cruel acts, immorality, and atrocities are widely publicized. There are different types of disturbances in Bengal and Punjab. The outbreak of the epidemic occurs in Assam and Bengal. Mars in Virgo is good for Uttar Pradesh and Madhya Pradesh.

In the Mars of Libra, the death of a big leader or a person, increase in weapons, fear on the way, special disturbance of thieves, chaos, the price of food grains is expensive, the price of juices is cheap and the price of gold and silver is somewhat expensive. Traders have to suffer losses.

Ordinary rainfall in Scorpio, moderate crop, economic development of the country, outbreak of various diseases in the villages, difficult times in hilly regions, good weather in the banks of the river, feeling of union among leaders, development of business relations with foreign countries, There is turmoil in politics and epidemics flourish in eastern countries.

In the Mars of Sagittarius, there is ample rain according to time, good food, cheap price of grains, shortage of milk-ghee, etc., abundance of sweets like sugar and sugar, and there is uproar in the southern region.

Cereal pain in the Mars of Capricorn, the origin of many diseases in the crop, cattle suffering, lack of fodder, little profit to the traders, loss to the traders of the west, double increase in the price of wheat, jaggery, and torches, and the residents of North India. Facing an economic crisis.

In the Mars of Aquarius, there is fragmentation, moderate harvest, little production of minerals, economic development of the country, growth of religious environment, contentment, and peace among the people.

There is happiness and peace in the whole of India for a month in the Mars of Pisces. Mars in Pisces is inauspicious for Japan, there are changes in the cabinet, satisfaction among citizens, shortage of food grains, and economic crisis. Mars in Pisces is auspicious for German. In Russia and America, mutual respect takes place in this Mars. The goods of Pisces zodiac are good for the production of grains. There is a shortage of minerals in this Mars. The price of coal goes up. The value of stone, cement, lime, etc. also increases. Pisces Mars is not good for the health of the public.

[…] of Purva Bhadrapada till the last phase of Revati Nakshatra, the Pisces sign remains present. The zodiac lord is […]

[…] per the ” Genuine Astrologer “, all the planets in the universe revolve within their fixed circumference. Planets travel […]

[…] this, daily Shradh is performed in the form of Tarpan and Panchmahayagya, the name of Naimittik Shradh is […]