Your body and astrology 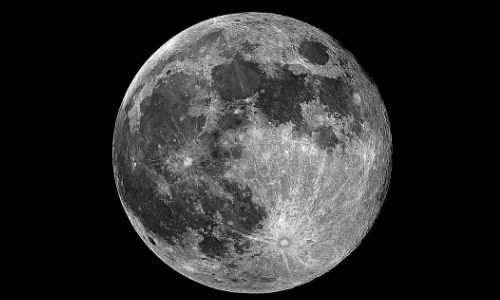 Your body and astrology

Your body and astrology | Solar System: The influence of all the nine planets of the solar system can be seen on our life. Our horoscope is formed on the basis of the position and constellations of the planets present at the time of birth and then these planets run our life according to their own nature.

In astrological language, it is said that these planets are represented in our life as well as on various parts of our body.

astrologers near me on Magha(Opens in a new browser tab)

Today we will tell you which planet represents which part of your body and shows its effect.

Sun planet [ Your body and astrology ]

Let's start with the upper part of the body, the brain. The mythological sages of India have also considered the place of Lord Surya in the center of the head. According to astrology also, the Sun God has authority over the brain. Contemplation and contemplation, the basis of all these is considered to be the Sun planet.
Moon
One finger below the planet Sun is considered to be the location of the Moon. Moon is related to emotionality and playfulness, as well as the imagination power of man is also driven by the Moon.

Along with science, astrology also says that the moon has to depend on the sun for its light, so the moon always remains in the shadow of the sun. When the Sun becomes a bright light and falls on the Moon, only then the person's thoughts, his imagination, and contemplation improve.

Genuine Astrologer on eclipse(Opens in a new browser tab)

According to Garuda Purana, the planet Mars is believed to reside in the eyes. Mars represents power and it is considered to be the conductor of blood.

How strong and how weak our body is, it is known only by the eyes. That is why the eyes are considered to be the place of Mars.

Sex and willpower, it is represented by the planet Venus. In the horoscope of men, the planet Venus is also considered as the factor of semen. Because of this, it is said that the development of human creation is possible only through Venus.

The place of Saturn is considered in the navel. According to Ramal Shastra, to assess the depth of a person's contemplation, the strength of Shani is seen in his horoscope.

According to Ramal Shastra, if Saturn and Jupiter are present in the same house in the horoscope of a person, then such a person is a knower of Vedas, Puranas, and Shastras.

The place of Rahu is considered in the human mouth. According to the house in which Rahu is sitting, it gives results. If the radiance of Mars is mixed with this, then such a person becomes angry as well as there is valor in his speech.

The place of Ketu is from the throat to the heart. The planet Ketu is also related to secret and mysterious works[ Your body and astrology ].

famous Jyotish in Delhi Jatakam(Opens in a new browser tab)

[…] last 3 stages of Kritika. They will continue to be affected by Venus and the Sun throughout their life. It is natural to see a difference in the effect of the ascendant in which your lord is born. If […]