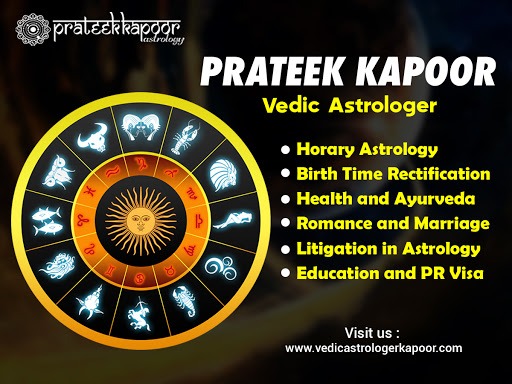 Especially when this conjunction is in the ascendant, fifth, ninth, or tenth and any of the planets (Sun-Saturn) is also the factor of these houses, then this yoga brings delay in life. Success comes after a lot of hard work, with the passage of time. Differences always remain between father and son and there are chances of staying away.

Due to continuous struggle, these people become frustrated, can even go into depression. If Saturn is exalted and is a factor, then after the 36th year, it definitely gives success in its Dasha-mahadasha.

When this conjunction occurs, one should be ready for continuous hard work, avoid differences with father, acquire knowledge, and strengthen his morale through spiritual practice. Surya and Shani keep doing other remedies for peace.

Sun is easily visible, luminous, and flaming planet. He is the factor of life force, father, success, power, gold, red cloth, copper, energy, health, health, medicine, etc. It has dominion over the light of the eyes, the spinal cord of the body, and the digestive system.

Due to the radiance of the Sun, the other planets- Moon, Mars, Saturn, Venus, Jupiter, and Mercury on coming near it set and become ineffective, but when Rahu and Ketu come near the Sun, they eclipse it. The Sun is crowned as the king of all planets. He completes the transit of one zodiac sign in 30 days by making 10 progress in the cycle in 24 hours.

Sun is the lord of Leo, exalted in Aries and debilitated in Libra. His Vimshottari Dasha is of six years. Unlike the Sun, Saturn is a lightless, binocular, and cold planet. He is the main cause of laziness, slavery, poverty, long illness, and death. Saturn is the factor of black sesame, oil, urad, iron, coal and black clothes, etc.

Moon and love astrology(Opens in a new browser tab)

Capricorn and Aquarius in the cycle. Exalted house is Libra and  Aries is debilitated. Saturn completes the transit of one zodiac in two and a half years. He is the karaka of the sixth, eighth, and twelfth (sacral) houses in the horoscope which represent suffering, sorrow, and loss.

Therefore, it has been called a natural sinful planet, but it is auspicious in Libra, Capricorn, Aquarius, and Taurus ascendants. Strong Saturn is very helpful in the progress of the native. Due to the effect of Saturn on other planets, there is a decrease in their karakatva. Saturn becomes more troublesome when it is set by the Sun.

The person suffers from heart disease due to the narrowing of the vessels carrying blood to the heart. Many important facts are found in Hindu religious texts about the planet Shani. As Shani is the son of Surya. Due to his being born under the shadow of the wife of the Sun, he is a knowledgeable and powerful planet like Krishna, ugly and father.

It is a lightless and cold planet because of being thrown far into the universe by the father Sun immediately after birth to avoid their harmful vision. When placed in an inauspicious house in the horoscope, Saturn gives cold-borne and long-term diseases and troubles.

He has a hostile attitude towards his father Surya. Shani is the most beloved disciple of Shiva. Pleased with Shani's virtuous, sattvik and fair conduct, Shiva had made him the judge of the fruit of all beings. Shani gets 19 years in Vimshottari Dasha. Apart from the seventh vision, Saturn has a third and tenth full vision.

The house in which Saturn is situated causes stability and loss of tenure of visible planets and houses. Worshiping Lord Shiva and Hanuman is beneficial when Shani is afflicted. The combination of these two powerful planets with opposite nature in the horoscope naturally makes the life of the person full of difficulties and frustration.

The guidance of some honorary astrological texts in this regard is as follows: -

'If Sun and Saturn are together, then the person makes his living by manufacturing and trading metal utensils, i.e. lives by hard work.

The person is a metal craftsman. When this conjunction is in the 6th, 8th, 12th (sacral) houses, the person is surrounded by family troubles.

The character of the mother of the native is doubtful if there is a conjunction of Sun and Saturn in the ascendant. The person himself is a bad character, dirty and wicked. In the fourth house, lack of money, bad relations with relatives and mother's happiness will be less.

The study of the horoscope of Sun-Saturn conjunction shows that due to the ill-effects of Saturn,

The relationship of the native with his father is not good. When the Sun is too weak, the father's shadow rises early or the person gets separated from his father. Similarly, there is separation from relatives also. Therefore some Acharyas call this combination as 'dissociative yoga'. According to the author, some of the horoscopes showing the results of

Sun-Saturn conjunction are as follows:-

Example Kundli 1 has the conjunction of Sun and Saturn in the Ascendant. Also, there is Venus. The married life of the native is unhappy. In the fourth, due to the combination of Rahu-Moon, he was deceived by his loved ones, due to which he remains worried. Saturn is looking at Ketu in 10th house from its 10th point of view and Ketu has vision on Mercury and Mars in 2nd house. The person does not have job satisfaction and there is a shortage of money. Dasha of Mercury was going on from 27.11.2013 and from 10-9-2009, Sade Sati was also going on.

There is a conjunction of Sun, Saturn, and the tenth lord Mercury in the second house. The person did B. Tech done. Looking for job. Till 2.11.2014, Shani was Dhaiyya. The Dasha of Mercury was going on till 3-2-2018. There were financial crisis in the family. The mother also remained ill due to the afflicted Moon in the fourth house. The person remained restless.

The conjunction of Sun, Saturn, Venus, and Jupiter in the fourth house. Panchmesh Mars is with Ketu in the 6th house. Rahu is situated from the fifth to the eighth (twelfth house). The father of the native is suffering from paralysis.

Native MB. a. Could not complete The Dasha of Rahu is running from 8-11-2001. The native is not married. For example, in Kundli 4, Sun is in the sixth house from the Saturn ascendant and the Moon is in the eighth house, the tenth lord is aspected by Rahu, and Saturn in the eighth house. Jatika and father's health is bad.

Jatika's MB a. difficulties in education. The fifth house is in Papakkattri Yoga. The fifth lord Jupiter is retrograde in Virgo and is aspected by Ketu. The financial condition of the father is not good. Shani Dasha is running from 28-4-2011.

Example: In Kundli 5, the debilitated ninth lord Mars is in the fifth house with Rahu. Sun, Saturn, and the tenth lord Jupiter are in the seventh house. The life of the native is painful. He has stomach ailment. Father is also ill. The person is still unmarried. From 29-3-2010 there is Shani Dasha and from 10-9-2009, Sade Sati is also going on.

The following measures can prove beneficial to make you tolerant to the troubles caused by Sun-Saturn conjunction:-

Remedy 1. To give strength to the Sun, the person should wake up before sunrise and touch the feet of his father and seek his blessings. People of father's age should be respected.

2. After bathing the rising sun, put water, some Ganges water, roll, Khand and red flowers in a copper vessel and say 'Om' Adityaya Namah. 'Om' Bhaskarai Namah. Chanting 'Om' Suryay Namah, one should slowly offer Arghya to the Sun. Take care that the splatter should not fall on the feet and you should do your tilak with the offered water. After that one rosary should chant the mantra 'Om Adityaya Namah'.

3. On every Sunday, after tearing pomegranate and offering bhog to the sun, chant the Surya Mantra slowly.

Some pomegranate seeds should be taken as prasad. Also for Shani's peace

1. Every Saturday evening, after offering oil to Shanidev, put some oil in an earthen lamp and light it near the root of a nearby peepal tree, and chant the mantra 'Om Shanishcharaya Namah' for some time.

2. After that, the handicapped beggars sitting in front of the temple should be distributed urad dal-rice khichdi or large urad dal as much as possible. Money should not be donated.

3. Behave well with your servants and sweepers and sometimes help them according to your ability. By doing the above measures with devotion for a few months, one will start experiencing happiness and peace in life.

[…] All planets are matched astrological symbols and conditional signs. […]